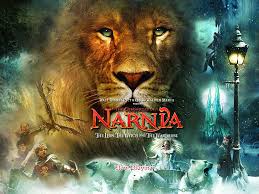 When speaking about C. S. Lewis in class at Wheaton College, Clyde Kilby said he believed that children exposed to the world of fantasy were better able to understand and relate to the real world as adults.

In The Christian World of C. S. Lewis, Kilby wrote:

Lewis rigorously defends the fairy tale against any who claim that it gives a false conception of life. The fact is, says he, that this is the direct opposite of the truth and it is the so-called realistic stories which deceive children. The fairy tale, like the myth, on the one hand arouses longing for more ideal worlds and on the other gives the real world a new dimension of depth. The boy ‘does not despise real woods because he has read of enchanted woods: the reading makes all real woods a little more enchanted.’ The child reading the fairy tale is delighted simply in desiring, while the child reading a ‘realistic’ story may establish the success of its hero as a standard for himself and when he cannot have the same success, may suffer bitter disappointment.[1]

Lewis’ Chronicles of Narnia and other similar books have an important place in a child’s early development.